Spring has sprung, the ants are on the run!

Every year during the Spring season we receive a surge of calls from frustrated homeowners who are dealing with Ants.

These calls range from Odorous House Ants, Moisture Ants and Carpenter Ants that stay active all year; to Thatch Ants, Pavement Ants, and others that mainly flourish throughout the Spring and Summer months. One important factor when it comes to controlling and preventing Ants is that each species is unique and different. They can have different food preferences, nesting habitats, conducive conditions, and of course different control strategies. This is one of the issues many DIYers do not realize. We see it regularly, a person posts on social media about the “Ants” they are dealing with and then everybody chimes in with their various home remedies, without ever asking what kind of ants this person has. Carpenter Ant control strategies are typically very different from Odorous House Ant control strategies.

As the name implies, Carpenter Ants nest in and cause damage structural wood.  They can cause tremendous amounts of damage to perfectly dry and healthy wood members in a house, which is contrary to what many people believe to be true.  Some people say Carpenter Ants only nest where moisture damage has occurred, but we know that is not the case.  Moisture Ants do require a moist environment to nest and cause damage to the wood, but Carpenter Ants do not. 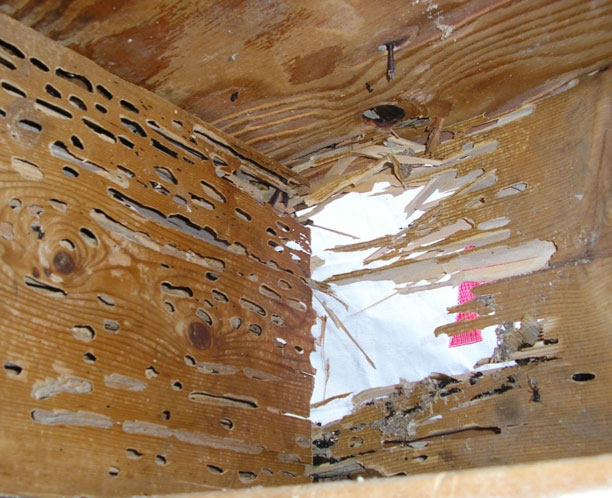 Odorous House Ants are probably the most problematic ant we receive calls about. They are very common throughout Western Washington and they require complicated control strategies to eliminate them.  From Seattle to Olympia this ant is a nightmare to deal with for people and professionals. OHAs, as we call them, have many unique features including being polygenous, or having multiple queens in one colony.  This creates a rapid rate of reproduction.  They are also chemically sensitive, meaning that when a colony senses a chemical threat they split the colony into multiple smaller colonies.  Having multiple queens allows for easy mobility and they will just pick up and move like nomads at the slightest hint of over the counter sprays, peppermint oils, rosemary and thyme, dish detergent, or whatever other over the counter method one chooses to implement.  You might claim victory but it will be short-lived.  Once the initial blast has settled down these ants will return, but now instead of coming in from one nest location, they may come from a dozen smaller nest locations.  This shattering of a colony is called budding, and it can make controlling these ants very challenging. 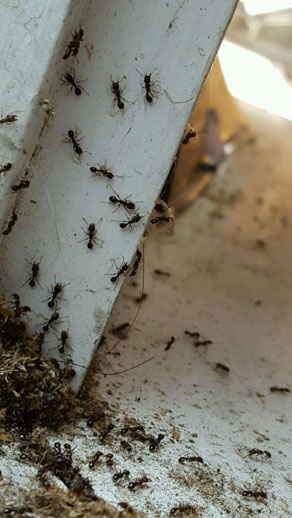 Pavement Ants are known for nesting under slabs of concrete and emerging from expansion joints or cracks in driveways, walkways, basements, and garages.  You may see nothing there on Monday and all of a sudden on Tuesday there are a thousand ants and a big pile of sand emerging from a crack in your driveway.  These guys are fast movers and the colony can be difficult to reach due to the nest location being protected by a concrete slab.

Thatch Ants can build enormous mounds of tree needles and other debris.  Their colonies can range in size from a few hundred to tens of thousands of individual ants in one mound!  These ants can be a nuisance in a house, occasionally nesting in wall voids, but they are most commonly an annoyance due to their thick foraging trails around a backyard.  These ants can bite and often cause problems around play structures and hot tubs, where people often walk barefoot.

Of course ants out in nature are not a problem whatsoever.  They help to break down a lot of organic debris and are an important part of the natural world.  Only after they cross the border into being a pest is it appropriate for us at Rambo Total Pest Control to take action.

Whatever type of ant you come across this spring, if it is pestering you we can definitely take care of it!  Give us a call as soon as you see the first sign of ants and we will be there ASAP to build a customized solution for you and your home or business.  We can be reached 8 am to 5 pm Monday through Friday, as well as most of the day on Saturdays at 253-848-6000.