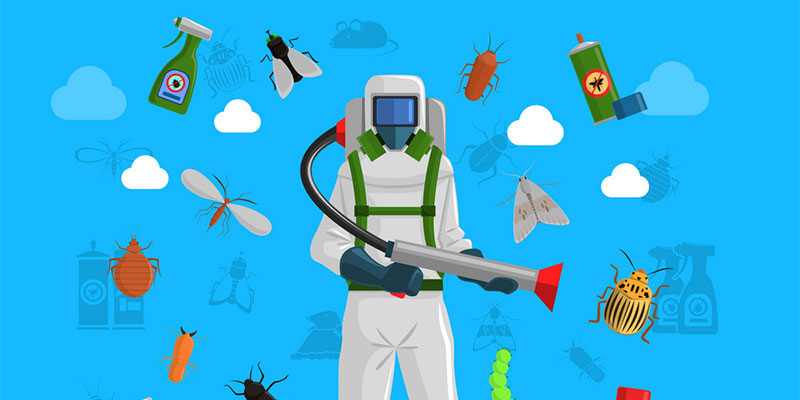 For the past several centuries folks in my line of work were known as “Exterminators” and they wore that badge proudly.  After all, Exterminators were the first line of defense between the disease and destruction caused by pests and the rest of humanity.

In the early days of the Extermination business, the devices and materials used were often very dangerous and had to be mixed precisely.  One misstep could spell disaster for the mixer, applicator, or the residents of the building being treated.  This was viewed as a necessary risk because there were no alternative solutions.  Human activity provides the perfect environment for so many pests and the potential destruction caused by these pests outweighed the risk of the materials being used.  The expectation for an Extermination service was to wipe out the entire population of pests and leave enough residual “bug juice” behind to keep others out for years to come, whether it be rodents, roaches, termites, or other vermin.  This is the way it was for hundreds of years.

DDT was the primary insecticide choice for Exterminators

As World War 2 developed in Europe in 1939, a Swiss biochemist discovered the incredible insecticidal capabilities of DDT.  During the war, DDT was credited with saving many troops and civilians from malaria, typhus, body lice and bubonic plague.  In the years following the war, it also became a popular material to control pests on crops and livestock, as well as in homes and businesses.  DDT was effectively viewed as a “silver bullet” against pests, and it was the primary choice of many Exterminators.  With this silver bullet in hand many exterminators, homeowners, and farmers alike went to work to “kill ‘em all dead.”  And it worked… for a while.

In 1962, with the publication of her book Silent Spring, Rachel Carson brought to light many potentially harmful results of some of humanity’s pesticide practices.  Insecticide resistance from overuse was causing DDT and other insecticides of the day to be ineffective, but they had an incredibly long residual impact, which caused environmental risks as well as human health risks.  Silent Spring was a driving force in the creation of the US Environmental Protection Agency (EPA) and the banning of DDT in 1972.

Eventually, this caused significant advancements in the pesticide manufacturing industry, as well as new techniques and practices within the Extermination industry.  In the decades to follow, new classes of chemistry have been developed within the requirements of the EPA, and with the greater good in mind.  Products today are safer, more stable, easier to mix and apply, and due to the variety of active ingredients and chemical classes, they are usually more effective than products of the past.

Controlling pests rather than exterminating

Over time the Extermination industry has become the Pest Control industry (also sometimes called the Pest Management industry).  I consider myself and my cohorts Pest Controllers, people who control pests, rather than exterminate.  In my mind Exterminators were asked to use any means necessary to eliminate the pest, with no real regard for unintended consequences, be it environmental or related to human health.  Structural Pest Control is a scientific decision-making process using all available data, materials, and environmental factors to create a trusted partnership between the applicator and the client.  Our team at Rambo Total Pest Control views this partnership with a reverence that keeps the focus on quality, sustainability, efficacy, value, and most of all safety.  Today we are proud to be able to represent the professional Pest Control industry and to be able to provide these services to our many clients.