Paper Wasps are easily identified by their long legs, bright yellow and black coloration, and their exposed nests with no protective shell and easily visible cells. Wasps can be excellent predators of other undesirable insects and can sometimes show aggressive behavior toward humans.

Their nests are built in areas of high heat and no direct exposure to sunlight. Paper Wasps are semi-social, with smaller nests numbering less than 50 workers, and are generally just a nuisance pest due to their many small golf ball-sized nests that they build under the eaves of houses or in roof structures.

They also have an amazing ability to perform their own pest control by secreting a chemical at the base of their nest which repels insects such as ants. All female Paper Wasps have the ability to lay eggs and become a queen; however, the queen function is usually only performed by the most aggressive and dominant female. 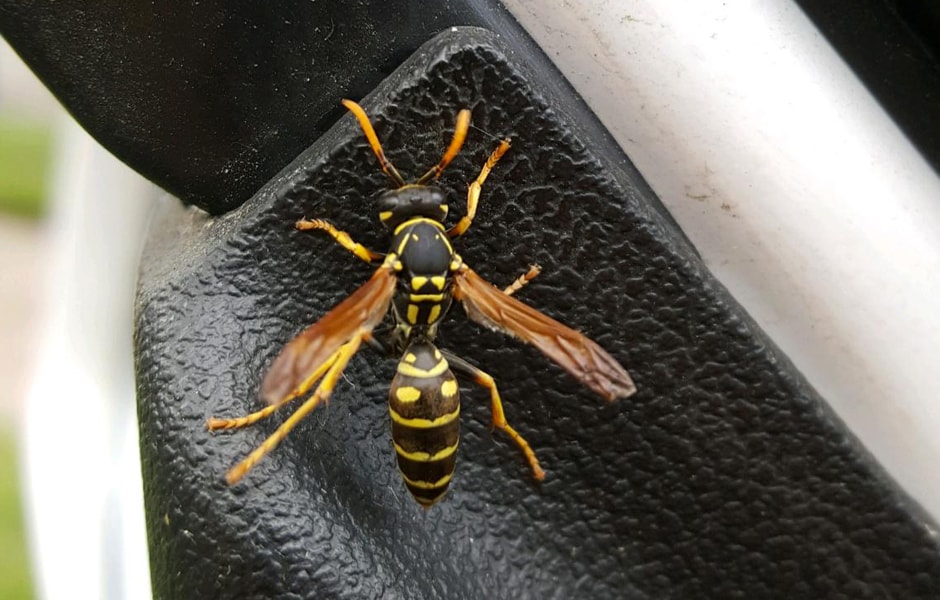