Bald-Faced Hornets (also known as bald hornets, white-faced hornets, white-tailed hornets, spruce wasps, black jackets, or bull wasps) are a member of the wasp family, and are not true hornets. They are known for their exceedingly large nest sizes, which can grow to be the size of a basketball or larger, and are easily identified by their large body size, painful stings, and distinctive white and black body coloration.

A single Bald-Faced Hornet can sting a person or an animal several times, due to their smooth long stingers. They also possess the unique ability to shoot venom from their stingers into the eyes of intruders. Their colonies can reach up to 700 workers, but usually do not appear until late summer. Nests are usually located at least three feet off of the ground in bushes, trees, or on structures. They are omnivorous, with a diet consisting of insects like spiders, flies, and caterpillars. 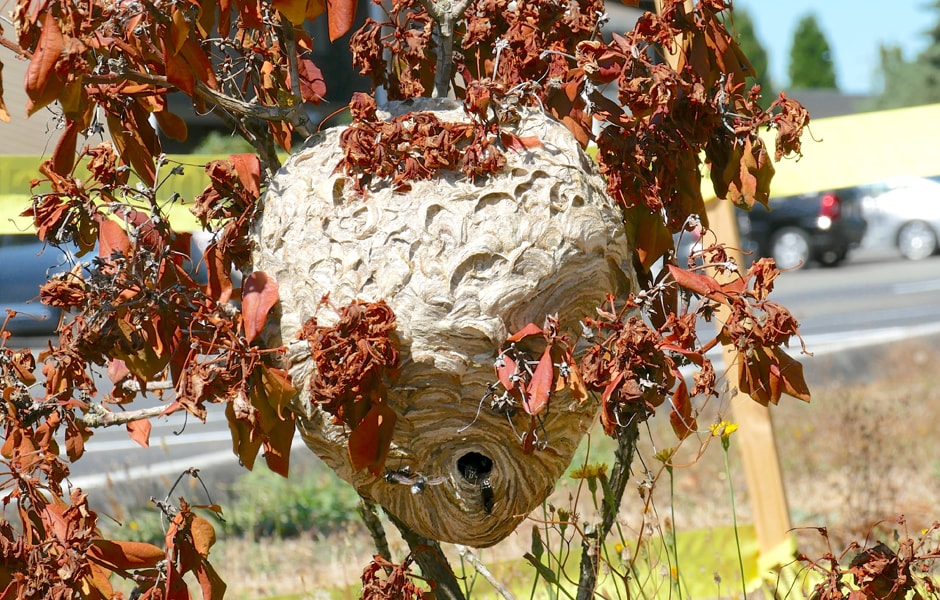 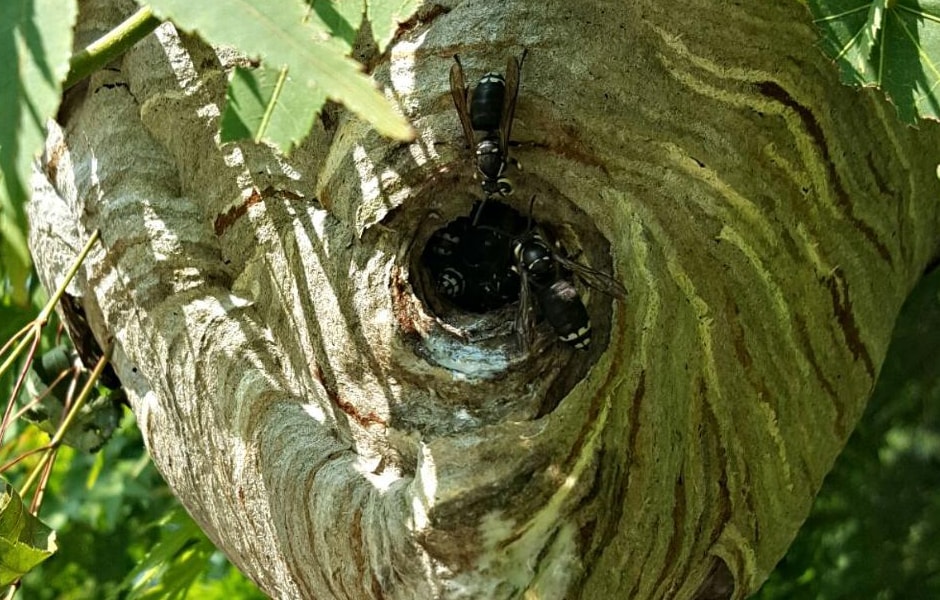 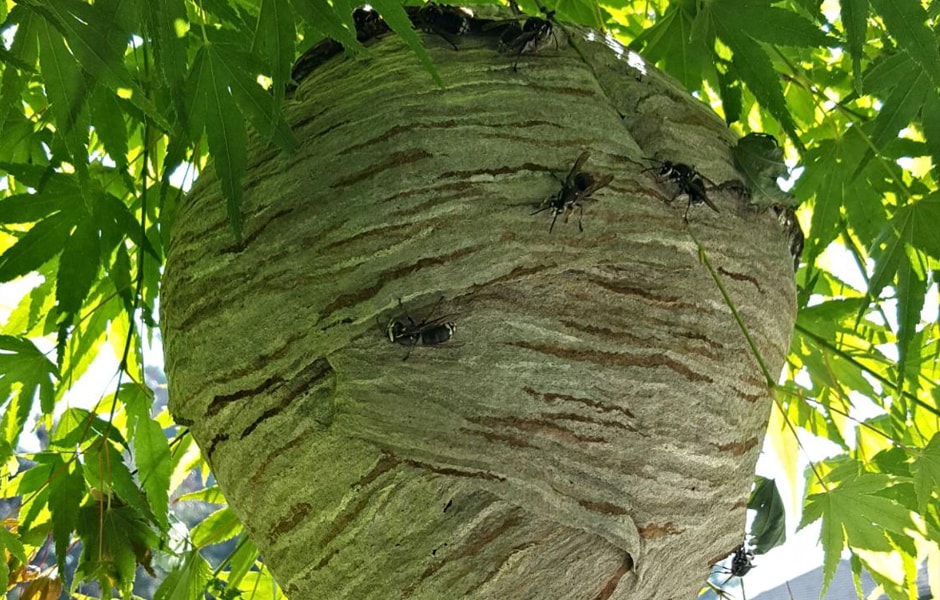 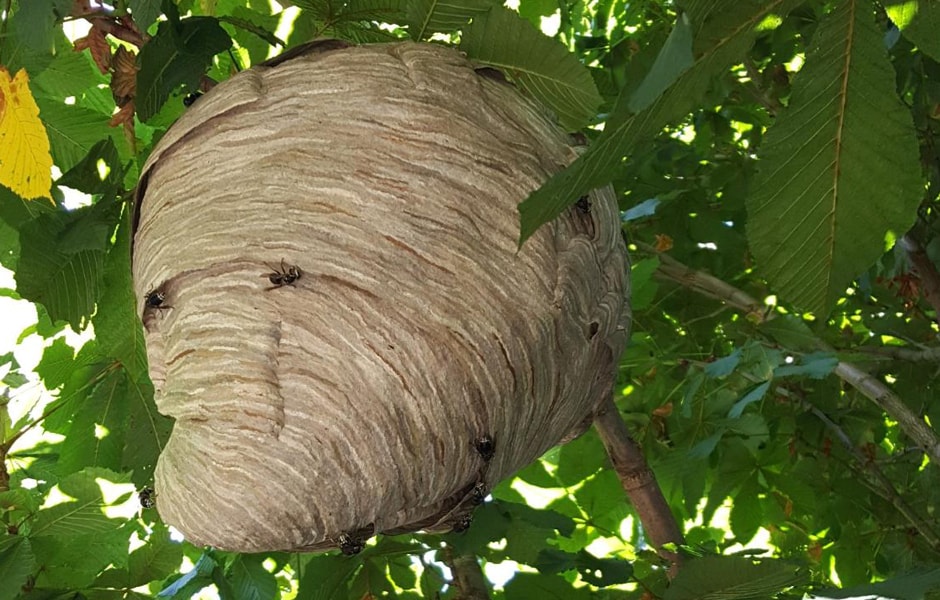